Warning: This article contains mild spoilers for Doctor Strange in the Multiverse of Madness.

After 6 years of waiting, fans of Doctor Strange finally got to see its sequel, Doctor Strange in the Multiverse of Madness. The film is incredibly different from anything the MCU has ever done. It is a true Sam Raimi film, with camp horror-inspired tones present throughout the film.

The reactions after watching the movie were intense because while some hated the movie, others loved it. No matter their opinion, everyone had a lot to say about the film. This is conveyed in the memes that have cluttered the internet since the release of the latest MCU offering.

Darker From The Rest Of The MCU

The first reaction that fans had after watching Doctor Strange 2 was that this movie is probably the darkest movie they have seen in the Marvel Cinematic Universe. MCU is known for its light and playful superhero movies with comedic tones. On the other hand, DC is famous for its superhero movies with darker tones.

RELATED: 10 Horror Movies To Watch If You Like Doctor Strange 2

This meme that anantharamashok posted on Reddit makes a reference to the difference between DC and MCU films. It remarks how Multiverse of Madness is so dark that it feels more like a movie from the DC universe than Marvel. The content of the movie is so dark that it has sparked a debate about the PG-13 rating of the movie.

The latest Doctor Strange movie has plenty of horror scenes, mostly featuring Wanda Maximoff. One of such scenes is at the beginning of the film when she gets out of a mirror in the Kamar-Taj. Many fans got reminded of a particular scene in the horror flick, The Ring.

This meme that @folklorianwolf posted addresses how similar the scene of Wanda escaping the mirror dimension was to the scene in The Ring when the ghost, Samara, crawls out of the TV. It will not be a surprise if it indeed acted as an inspiration to the MCU film since The Ring is one of the most popular horror movies.

This is what happened in Multiverse of Madness. While the mid-credit scene gave the fans a big hint of the future of Doctor Strange, the end-credit scene was nothing but a jest. This meme (by Reddit u/rachasiddhu), which shows a cartoon cat storming angrily down the corridor, refers to the reaction many fans must have felt after waiting for so long only to see that.

Wanda may be the strongest Avenger, but she is not that clever. This meme, that @STARKNPETER posted, addresses the scene where Wanda slips up by saying America’s name to Stephen at the beginning of the film (as this made Stephen realize that Wanda has malicious plans for America).

The stunned look on the puppet’s face this meme shows perfectly captures how Wanda must have felt when Stephen catches her mistake. This was a blunder that Wanda walked herself right into and this image makes fun of that.

The Trick To Defeat Wanda

Throughout the movie, Wanda remains this omnipotent being who cannot be defeated by anyone. Most powerful heroes tried across the universes but no one succeeded, not even the Illuminati from Earth-838. So, it was obvious that even America Chavez doesn’t wield enough power to subdue Wanda.

However, America used her intelligence and she takes Wanda to her kids in the other universe. Her kids don’t recognize her and think of her as an evil monster. This finally breaks Wanda and she realizes her wrongdoings. This meme, that Reddit u/Nitro5921 posted, applauds America for using emotional damage as a lethal weapon against Wanda when the greatest heroes couldn’t do anything.

One of the most memorable movies from the MCU is Captain America: Civil War. Fans remember well how Iron Man (aka Tony Stark) kept Wanda under house arrest because he felt that she can be dangerous, which Steve didn’t agree with. He even sent Hawkeye to help her escape. However, after the recent events, Tony is actually proven to be right.

This meme that Redditor huhzonked hilariously shows how Tony would look at Steve now after seeing how Wanda is causing chaos in the multiverse. Knowing Tony, this would be his literal reaction and he would love to gloat in front of Steve that he was right.

Doctor Strange has faced back-to-back threats and fought against villains in Infinity War, Endgame, No Way Home, and recently in Multiverse of Madness. This meme, posted by kiraontmiss, displays how this much work must have taken a toll on him. He is incredibly powerful, but that doesn’t mean it’s easy for him.

The man shown in the meme is injured severely, perfectly conveying how Stephen must be feeling mentally and emotionally, even though he is physically intact.

One of the coolest Doctor Strange versions in the movie is when Stephen dream-walked into another Strange’s corpse. Fans are calling him Zombie Strange or Undead Strange, one of the most powerful variants in the Multiverse of Madness.

This meme, tweeted by @itsmearrunima, shows Scott Lang’s daughter calling Zombie Strange ugly and loving him because of that. She represents most fans right now, who can’t help but love this version of Strange. There is no doubt that Sam Raimi did an amazing job in making him look so good.

This meme by Redditor K-ONE2-0 aptly summarizes the journey of Doctor Strange in MCU. In his first film, his main objective was to fix his hands, so he could continue his life as a brain surgeon. However, that led to him becoming the Master of Mystic Arts and fighting all kinds of deadly threats, from Dormammu to Thanos.

In Multiverse of Madness, things get even wilder for him as he had to fix the whole multiverse problem that was created by Wanda. This funny meme acknowledges this fact and takes pity on Stephen, remarking “poor Doctor Strange.”

NEXT: 7 Reasons The First Doctor Strange Is Better Than Multiverse Of Madness 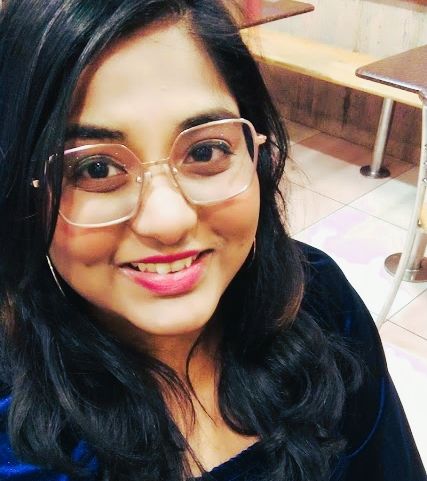 An avid fangirl of books, TV shows, and movies at her core, Sakcham is a content writer with an MA in Digital Publishing from Oxford Brookes University. When she is not working, she can be found reading fanfiction or scrolling through Twitter.

New Artifact Sets & How They Work