HomeVideosMovieThe Most Binge Worthy Horror Franchises, According To Reddit
MovieNews

The article contains videos that are gory and violent. Viewers discretion advised.

With Halloween Ends releasing on October 14, fans must prepare for the event by binge-watching the whole Halloween franchise, even the ones that have been retconned or have no significance to the latest rebooted trilogy. Part of this binge value can mean reliving the iconic scenes with literally any Laurie vs. Michael Myers battles or dissecting them for any hidden details that allow fans to learn more about the hero and villain.

With Halloween also just a month away, this proves the perfect time to binge a whole franchise for all the scares and terror. From Saw to Scream, Redditors shared a select few horror franchises that are the most binge-worthy. 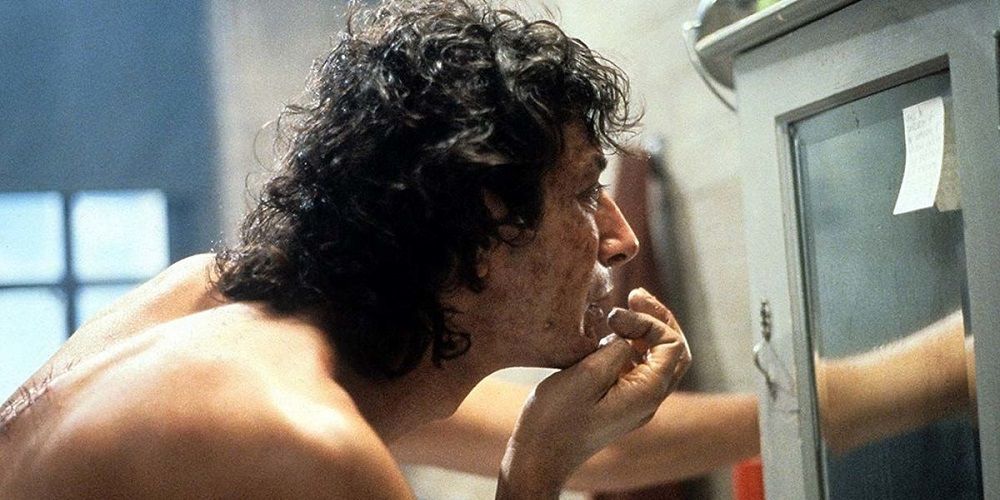 The original The Fly (1958) film was based on George Langelaan’s short story of the same name, in which the storyline follows a scientist who accidentally mixes his molecules with that of a fly. There were three original films and then a remake followed by a sequel.

Even though these movies are dated, and there haven’t been any remakes or additional sequels since the ’80s, many horror fans who like the creature elements in horrors think it’s one of the best science fiction horror film series. Reddit user Plastic-Pat said, “I binge-watched “The Fly” franchise a few weeks ago, and I can’t recommend it enough.” Though some may lose their appetite, given the creature’s design, it does bring in a rush for a day or two binge-watching marathon, an experience like no other.

In the Hellraiser franchise, the characters in these horrors actually go to hell and back. In these films, the protagonist in each is Pinhead, and his minions are known as Cenobites. There are ten installments in this franchise with a remake set to be released on Hulu this October.

Pinhead is considered one of the eeriest horror villains ever, leading to a cult following of the hellish series. Reddit user EmaDaCuz suggested viewers binge this series, saying, “Hellraiser. All of them, bar Revelations. Thank me later.” Revelations was the worst sequel in the franchise, likely because of the rushed development and release. Otherwise, fans love taking a long weekend to binge these films, mostly because Pinhead always steals the show with his terrifying antics.

In a case where humans are the monsters, the Scream horror movies are known as one of the best slasher films of all time, paving the way for those after it. They all feature the infamous Ghostface killer, but each movie has a different slasher(s) terrorizing the city. There are four installments in the original series with two more picked up this past year and the upcoming year.

Despite over a decade between the fourth and fifth installments, the most recent film received mostly positive reviews from fans and critics for being a proper legacy horror that pays homage to the original while bringing in the new cast. Reddit user TempleToons said, “It’s less bulky (don’t have to commit to say 8 or 9 films) and has good continuity between them and they’re all pretty good.” Unlike most horror franchises where there are retcons to previous movies or straight-up reboots or remakes, the Scream franchise has been the most narrative consistent, which will make the binge easy to follow the story.

This Wrong Turn series follows a family of deformed hillbillies that kill people in the backwoods and use them as food. The original franchise had six installments, and there was a reboot of the storyline in 2021.

There are mixed opinions about this franchise among critics, but the series has a dedicated fanbase that appreciates the creepy aspects of the general storyline. Reddit user laurahrah said, “They’re so easy to binge watch. The first one is gold and they get more campy as the series progresses but i love ’em.” The Wrong Turn series is one of the few horror franchises where the original cast doesn’t return, but instead, there is a new group that the villains encounter in each film. Hence, by doing this binge-watch, there is always a new story that horror aficionados enjoy and see if the characters have what it takes to survive, while the villains are conceptually the important aspect.

This demon possession series has three installments in the original and two more films that are considered soft reboots of the original. There was also a three-season comedy series, Ash Vs. Evil Dead, which is based on the original concept.

Reddit user RadleyButtons said, “They’re definitely some of the most fun horror movies you can watch. I recommend at least yearly viewings of the trilogy.” Considering the movies are a cult classic, this series is great for a quick binge, especially for a dose of both horror and comedy. Also, the appeal of Bruce Campbell’s charisma is enough to make this whole series something worth a marathon, as viewers watch Ash take on zombies with his chainsaw.

The Child’s Play franchise focuses on a murdering doll, possessed by the spirit of a killer and criminal, Charles Lee Ray. There are seven films in the original series and a recent reboot that altered the terrifying doll into a terrifying, high-tech doll.

This doll possession franchise is one of the most popular, with a large cult following. Reddit user JohnnyReeko said, “Childs Play was super fun to binge through.” Unlike many terrors that are straight-up scary, the Child’s Play series is a bit more fun, especially the sarcastic but manipulative energy coming from the villainous Chucky. With the Chucky series releasing season 2 in October, fans have the perfect opportunity to binge-watch the whole series leading up to it and see how the monstrous villain has evolved since his 1980s introduction.

The Saw series follows the serial killer Jigsaw who kidnaps victims and forces them to partake in games, with the stakes of either death or sacrificing a great deal to get out alive. There are currently nine films in the series with a tenth confirmed in development.

There are mixed reviews about the franchise, and some horror fans are put off by the amount of gore in the films. However, there is a strong fanbase behind them who are fascinated with the storyline and the concept. Reddit user DiscordianStooge said, “Saw is a far better series if you watch them all in a short time period.” The best thing about this franchise is the attention to small details, and the binge-watch could mean spotting them that were missed the first time. Even if most sequels are underwhelming, it is worth seeing how the plot elements connect, which makes the binge-watch marathon more enjoyable.

Halloween features the infamous psychopathic killer Michael Myers who kills those in his path on the night of Halloween. There are eight films in the original series with two remakes by Rob Zombie and a reboot that started in 2018.

In a Reddit thread requesting horror binge recommendations, one user, Biff1996, said, “How does ‘Halloween” (the franchise) have so few votes[?]” The sequels had mixed reviews, and the constant reboot and remakes make it confusing for fans to follow the series to understand what stories were undone and what movies are connected. Nevertheless, the Halloween franchise remains one of the best horror series to binge on because the slasher style became a renaissance for the genre, and the tussle between Laurie and Michael carries the series, which should at least keep some viewers interested. While some fans hated Halloween III due to the lack of Myers, audiences have grown to even love this diversion.

A Nightmare On Elm Street

This horror franchise focuses on the undead serial killer Freddy Krueger, who is more funny than scary at times and stalks teens in their dreams. There are eight films in the original franchise, including the stand-alone New Nightmare, and a remake from 2010.

This chilling concept not only has a dedicated fanbase but leaves many viewers with nightmares of their own. Reddit user macias_pbls said, “Nightmare is obviously the GOAT cause it’s the most creative and fun with the most charismatic slasher.” These fans think this is the greatest horror franchise, with an entertaining villain to keep viewers engaged throughout each film.

This franchise is the most substantial series, featuring 36 movies released since the ’50s, with the newest film released last year. Each film features the legendary Godzilla, a prehistorical lizard monster. Though some may deem the Godzilla franchise as more sci-fi than horror, the original Japanese take on the monster was actually a horror character before things changed up with his monster duels.

The legendary creature is popular in Japanese culture with it being named a tourism ambassador. While it’s impossible to watch all of these films in one or two sittings, fans of Godzilla will pick out their favorites for a monster-filled movie day. Reddit user XyeUnknown said, “Godzilla!…if you run out… Gamera.” Some fans love these films so much that once they’re done with the 36, they’ll move on to the Gamera, a similar monster originating from Japanese films.

Next: 10 Classic Horror Movie Memes That Perfectly Sum Up The Plot

10 Most Confusing Thriller Movies Ever Made

10 Star Trek Characters That Deserve Their Own Spinoff, According To Reddit