HomeVideosMovie10 Star Trek Characters That Deserve Their Own Spinoff, According To Reddit
MovieNews

With the success of the Star Trek spinoff Picard, which just released its season 3 trailer, fans of the franchise can’t help but imagine the unlimited possibilities of other shows revolving around Trek characters. The amazing characters are the backbone of the franchise, and some are even interesting enough to deserve their own series.

Whether it is longtime characters like Worf and Scotty, or one-offs like Captain Bateson, the sky is the limit when it comes to spinoffs. Though plenty of great characters deserve a second look, users on Reddit took to the site to mention their most preferred Trek spinoff protagonists.

Star Trek: Deep Space Nine had a wealth of rich characters, and the series did an excellent job of giving its leads important arcs. However, user brokeneckblues called out a popular side character when they said “The adventures of Morn!”

The silent alien being was mostly known as Quark’s most reliable bar patron, but throughout the series, he was shown to be a sensitive figure. A series about Mork would have to be comedic in nature, but many fans would jump at the opportunity to learn about the life and times of the speechless barfly.

Starring in some of the best episodes of Enterprise, the Andorian Shran was many fans’ first chance to learn more about the mysterious blue aliens. User SuitedPair knew exactly who should get a spinoff when they wrote succinctly “Shran, no question.”

Despite his xenophobic heritage, Shran broke with tradition and allied himself with Captain Archer, and actually fought for a partnership between their races. Most Trek media is from the perspective of human characters, and a show about Shran would give writers a chance to not only explore one of the oldest Trek races but tell a fascinating story from the early days of the Federation.

Most remembered as the best omnipotent alien in Star Trek, the being known only as Q has been bothering Starfleet’s finest since The Next Generation and continues to vex Captain Picard today. User Ninjastar13 dreamed up their perfect spinoff scenario when writing “I would pay to watch a six episode miniseries that explored Q’s experiences with guinan and their backstories a little bit.”

Considering the fact that Q has always been and will theoretically always be, there are literally no limits to the possibilities of a Q-centric story. His reappearance in Picard has further proven his worth as a character, though it would be a tough sell to make the snarky and sarcastic character a likable protagonist.

While he started as a simple sidekick to Jake Sisko, Nog grew into a fascinating character over the course of DS9‘s run. User emdeemcd made a good case for Nog when writing “A battle-hardened Nog trying to balance the peaceful vision of the UFP with the de facto violent hell that was his entire experience in Starfleet.”

Trek is a perfect example of utopian science fiction, but that doesn’t necessarily mean that things always work out. Nog’s storyline tied into some of the best episodes of DS9, and a lot of the show’s dark themes played out through him. As the lead in his own series, Nog could continue to explore his emotional journey and further develop the idea that Starfleet isn’t a perfect institution.

One of the requirements for a good Trek show is that the ship in question has a memorable doctor on staff. User Luomulanren mentioned a particular doctor when they commented “The Doctor could also make an interesting spinoff. Being a hologram that can expand his own programming…imagine the storylines.”

RELATED: The Best Character In Each Season Of Star Trek Voyager

Voyager‘s doctor was unique among the MDs of Trek history because he wasn’t even a flesh-and-blood being. Not only would his journey to find fulfillment as a hologram be a fascinating watch, but The Doctor’s uniquely prickly personality would make for a humorous and captivating protagonist.

Appearing as one of the best TNG characters introduced after the first season, Alexander continued his fascinating journey into DS9. Despite his satisfying arc, user citizenofgaia wanted more when they said “Alexander…he was still young enough for him to have a cool development as a character.”

The only son of Worf, Alexander found himself caught between his human upbringing and his Klingon heritage. Similar to his father’s personality crisis, the adventures of the young Klingon could give further insight into the culture, and show things from an insider perspective that is still somewhat excluded.

The Original Series helped to launch the franchise, and its main cast is held in high regard among some of the best TV characters ever. User BeachSC lamented the lack of TOS spinoffs when they noted “I think a huge opportunity was missed after Star Trek VI for Captain Sulu and the USS Excelsior.”

The final TOS film established Sulu as a successful captain, and his adventures on the Excelsior were ripe for exploitation. Hikaru Sulu grew into a full-fledged character during the film run, and a show revolving around his captaincy could have delved deep into his backstory like many of the novels and comics have done. 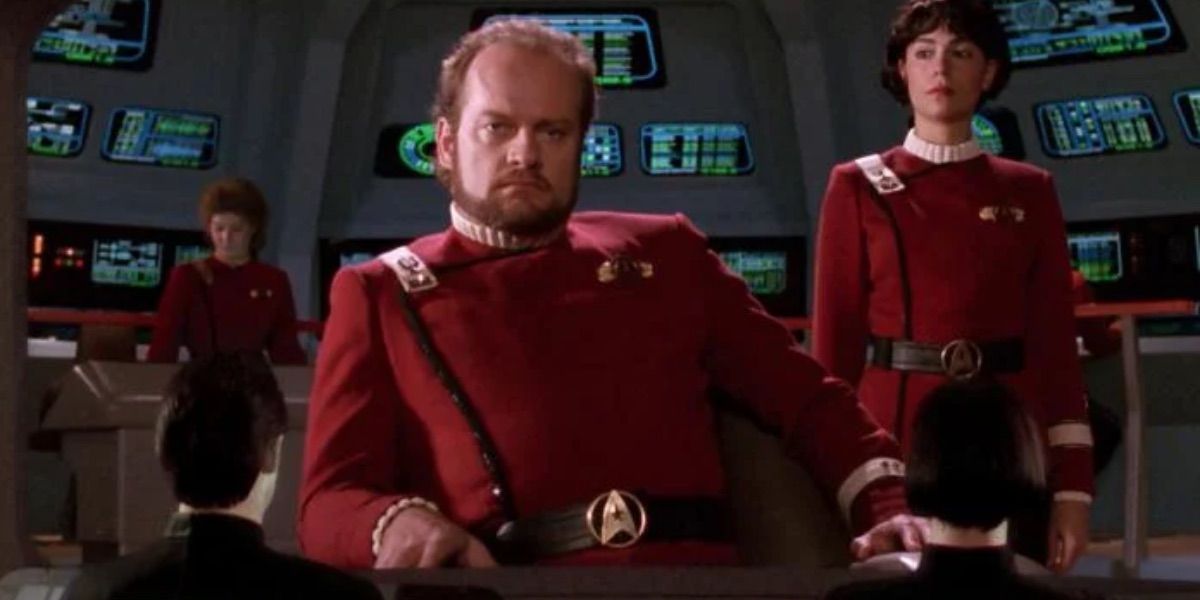 Making his one and only appearance in the episode “Cause and Effect”, Captain Bateson helped to make it one of the best episodes in TNG history. User Wolfir couldn’t remember all the details when they humorously wrote, “Captain Kelsey Grammer.”

Played by Grammer, Captain Bateson and his crew are freed from a time vortex that finds them 90 years in the future. A series following Bateson as he attempts to assimilate to life in the future would be enthralling, and with a veteran actor like Grammer, it would be terrifically acted as well. Most sci-fi stories have fish-out-of-water characters, and new Trek fans could learn all about the franchise through Bateson.

Cardassians are known to be some of the most ruthless and cunning aliens in the galaxy, and few were as challenging as the “simple tailor” Garak on DS9. User Luomulanren saw a great opportunity with Garak’s character when they said “I, too, would like to see a spinoff based on Garak. However, I would have it taken place post-DS9 with flashbacks from Garak’s time in the Obsidian Order.”

Though it would be mostly for die-hard Trekkies, a Garak show told in retrospect would allow for the natural aging of the cast, and it could keep with continuity also. His history is merely hinted at throughout DS9, and there is a risk that fleshing him out could demystify what is an already fascinating character.

Of all the characters in Star Trek history, Worf is perhaps the one with the most overall screen time. With that in mind, user mawhrin–skel still picked Worf when thinking of a spinoff, saying “I would say Worf, but he got enough airtime!”

Despite his plethora of appearances, Worf continues to keep fans engaged because his struggles are so relatable. A series set within any time period of Worf’s life would be instantly watchable, and his identity crisis regarding his dual heritage will always be a high point in Trek‘s rich tapestry of characters.

NEXT: The 10 Best Story Arcs From Star Trek: TNG

Freddie Prinze Jr. Has A Heartwarming Reason For His Acting Return