As the franchise kicks back up, co-showrunner Andrea Newman addresses a potential One Chicago crossover this season. Chicago Fire season 11, Chicago PD season 10, and Chicago Med season 8 have all successfully rolled out their respective premieres as of September. While it’s still early in their runs to predict what exactly will happen down the year, long-time fans of the shows have their own list of things they want to see from the Chicago franchise shows.

One of those is a bigger crossover involving all three procedurals. As with many shows and films that exist in the same universe, narratives that connect all properties function as important storytelling events. For One Chicago, its last one was before the coronavirus pandemic hit in early 2020. Released in late 2019 and titled “Infection,” Chicago Fire, Chicago PD, and Chicago Med needed to deal with a city-wide virus outbreak created by a disgruntled scientist. It may be a bit difficult to revisit the three-parter after COVID-19 in the real world, but there’s understandably clamor to see another crossover plot line, especially because it has been a while since the last one.

When asked about a potential One Chicago crossover by TV Line, co-showrunner Andrea Newman offered a realistic, and disappointing, answer. Newman indicated that the real-life pandemic continues to be a hurdle in bridging the shows together, but notes that smaller crossovers are planned, particularly involving paramedic Violet Mikami’s family. Read the related news excerpt below:

[COVID is a challenge], but it’s a possibility.There’ll be some fun stuff not only with our show, but in the #OneChicago universe with Violet’s family this year. 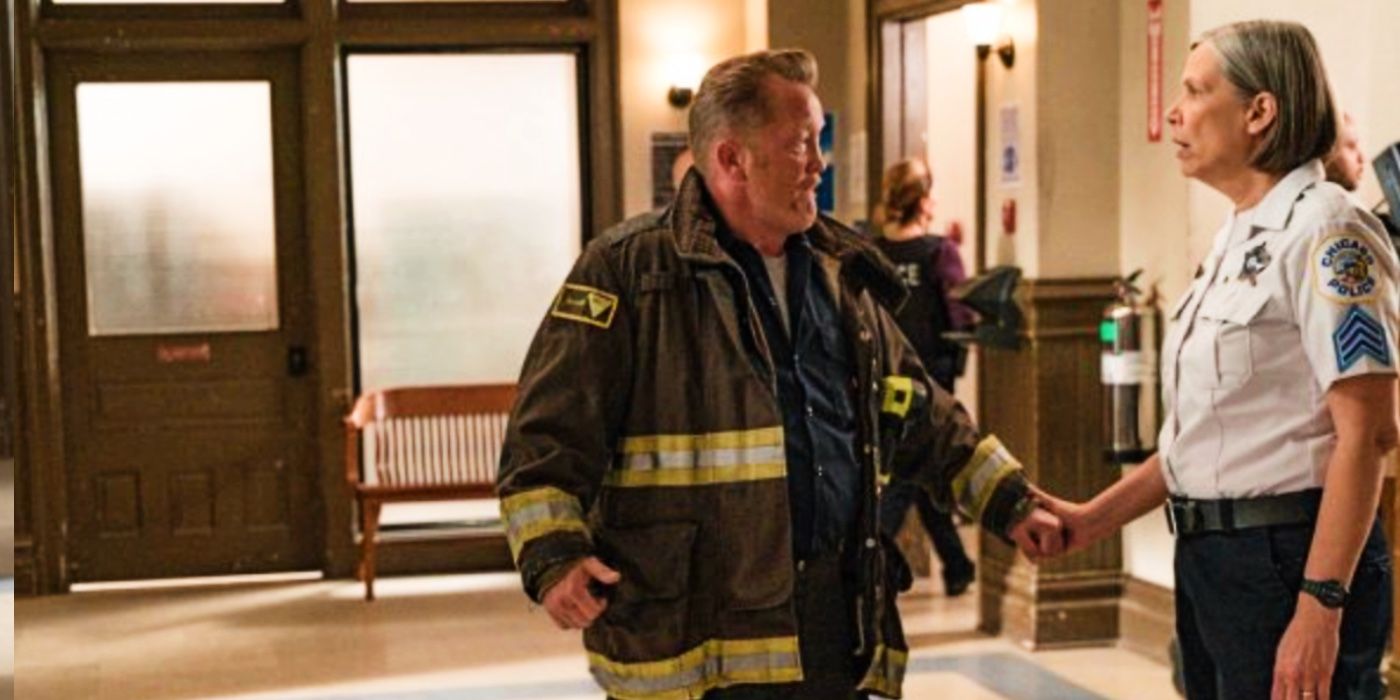 How One Chicago Can Cross Over In Small Ways

While a bigger One Chicago crossover is difficult to stage, NBC has been doing mini ones for a while. Based on Newman’s comment, it seems like they are planning to continue doing just that as the season goes on, which often include someone from a sibling show coming to another to be involved in a mission, case, or patient. For what it’s worth, Chicago Fire season 11 and Chicago Med season 8’s respective premieres already did this after Chicago PD‘s Hailey Upton met up with Kelly Severide, while several members of Firehouse 51 and Intelligence’s Kim Burgess popped out to deal with the aftermath of the fire that almost killed Dr. Halstead and Dr. Dylan Scott. This establishes that it may not be that difficult to do these mini-crossovers, which would help fans deal with the lack of a bigger event. Perhaps with the impending exit of Jay Halstead from Chicago PD, an episode featuring him and his doctor brother from Gaffney Chicago Medical Center can happen.

Understandably, NBC wants to be extra careful with coronavirus still going on. But if it was able to do a three-part crossover involving Law & Order: SVU, Law & Order: Organized Crime, and Law & Order, it’s curious why the same cannot be done for One Chicago. It may have something to do with the original New York-based procedural revival struggling with ratings, hence Wolf Entertainment would push for a crossover with its sibling shows. But since it has been done this season, Newman and her team would have to work harder to justify not staging one for their Chicago-based shows. Only time will tell as new episodes of the Chicago franchise air Wednesdays on NBC.

Freddie Prinze Jr. Has A Heartwarming Reason For His Acting Return